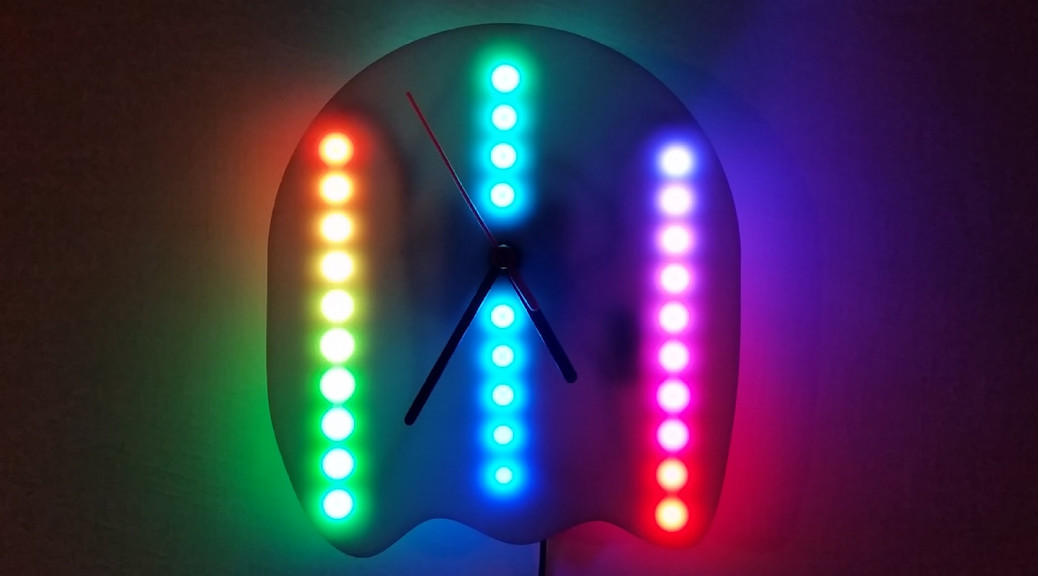 Hey guys, I wanted to show you one of my projects: The Comb Jelly Wall Clock. The project was inspired by comb jellies. Comb Jellies live in the sea, they drift around and have strips called comb rows that they use to propel themselves. When white light illuminates the combs an effect called iridescence occurs and we get to see wonderful colours! Check out this video from the Monterey Bay Aquarium:

I wanted to make a clock that’s inspired by the ocean in some way. I also had a bunch of  ws2812 aka NeoPixel strips that needed to be exploited. So take those two together and you have a comb jelly clock.

For the body I laser cut a bit of perspex. I also used an Arduino with the Adafruit NeoPixel library without which I don’t think that I’d complete the project =] Wire everything up, upload the programme, connect a power supply and you’re good to go.

So in the end I can say that this is a great project to build and it’s pretty fun to stare at and meditate on, sort of like a fireplace or lava lamp but with many more colours.

If you want any more details feel free to contact me and I’ll get back to you as soon as I can. 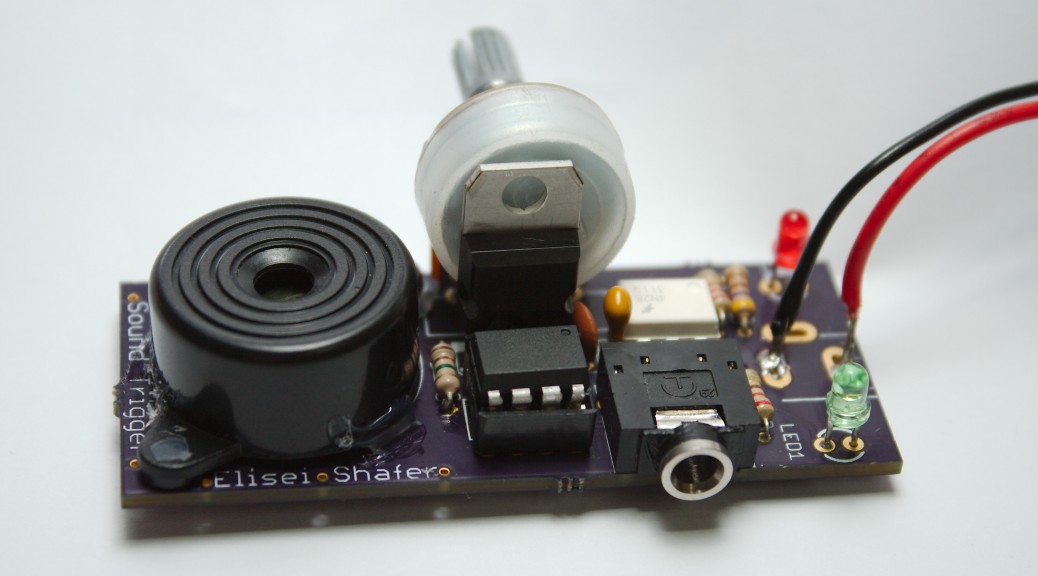 I started learning to use Arduino this summer and I came up with an idea. I wanted to build a hi speed photography trigger since two but I found it rather difficult building a prototype using analog devices since I didn’t have the necessary skills, tools and workflow.

I designed an analog circuit based on sensors and schematics from hiviz.com. I used a stripboard and had plenty of difficulty using the equipment that I had, a cheap $5 soldering iron and cheap solder from dealextreme (without any rosin, ouch!) plus the stripboard that I had was 5 years old and full of oxidation. I couldn’t understand why my solder wouldn’t stick. It was beading around the board and components. I tried using flux but then I understood that I got the wrong kind and the stripboard went green because the flux was eating away at the copper. When I plugged in my board a few of my components cracked and popped, smoke started coming out of the project that I invested hours upon hours of my life in. It was disappointing =[

After I was upset for a few days I thought that my whole approach to this would have to change, I’d need to get better equipment, so I went and bought a temperature controlled soldering iron, rosin core solder, found a PCB manufacturer. I thought that there’s too much soldering involved in analog devices and it was lacking flexibility so I learnt how to program Arduino. This time I would tackle the problem in a professional manner.

Next week I’ll start going through some of the things I learnt when making electronics.